His research interests are focused on fundamental and applied aspects of semiconductor physics and materials science, at the nanoscale. He is currently investigating the growth mechanisms of III-V nanowires in order to unlock the potential of these nanomaterials for applications in optoelectronic, telecommunication, renewable energy, nanoelectronics, quantum computing and communication.

My research activity is based on the in situ growth of nanomaterials using the NanoMAX transmission electron microscope. 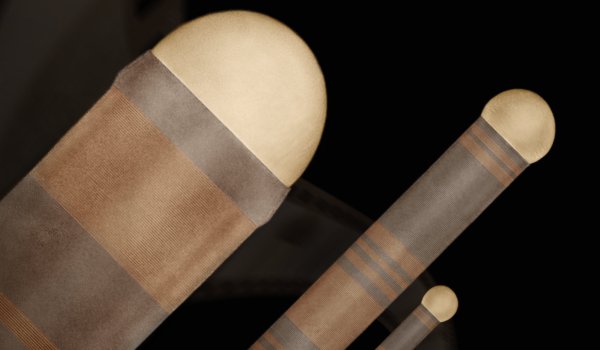 Growth of nanomaterials under electric field 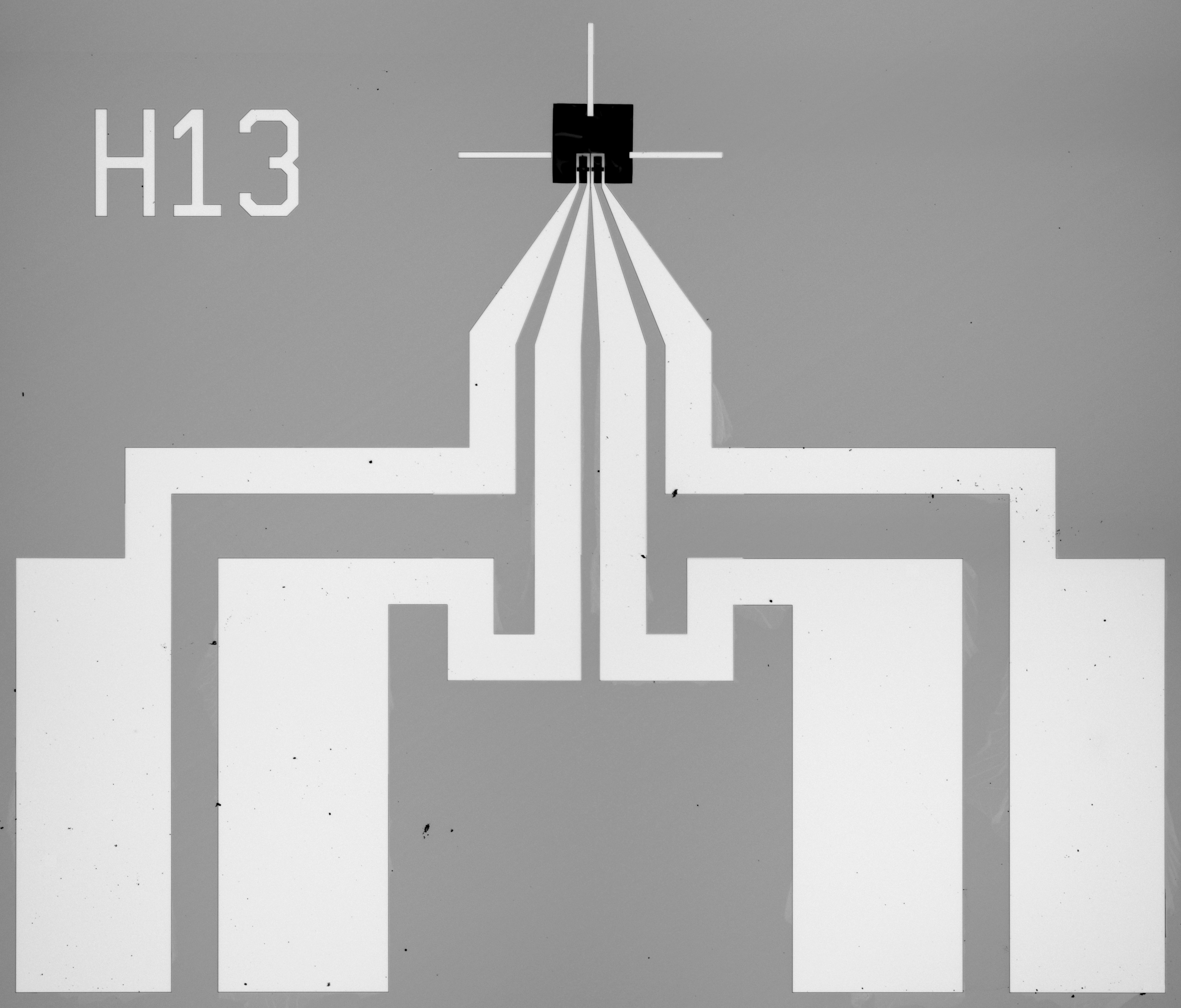 Microfabrication of samples for in situ TEM 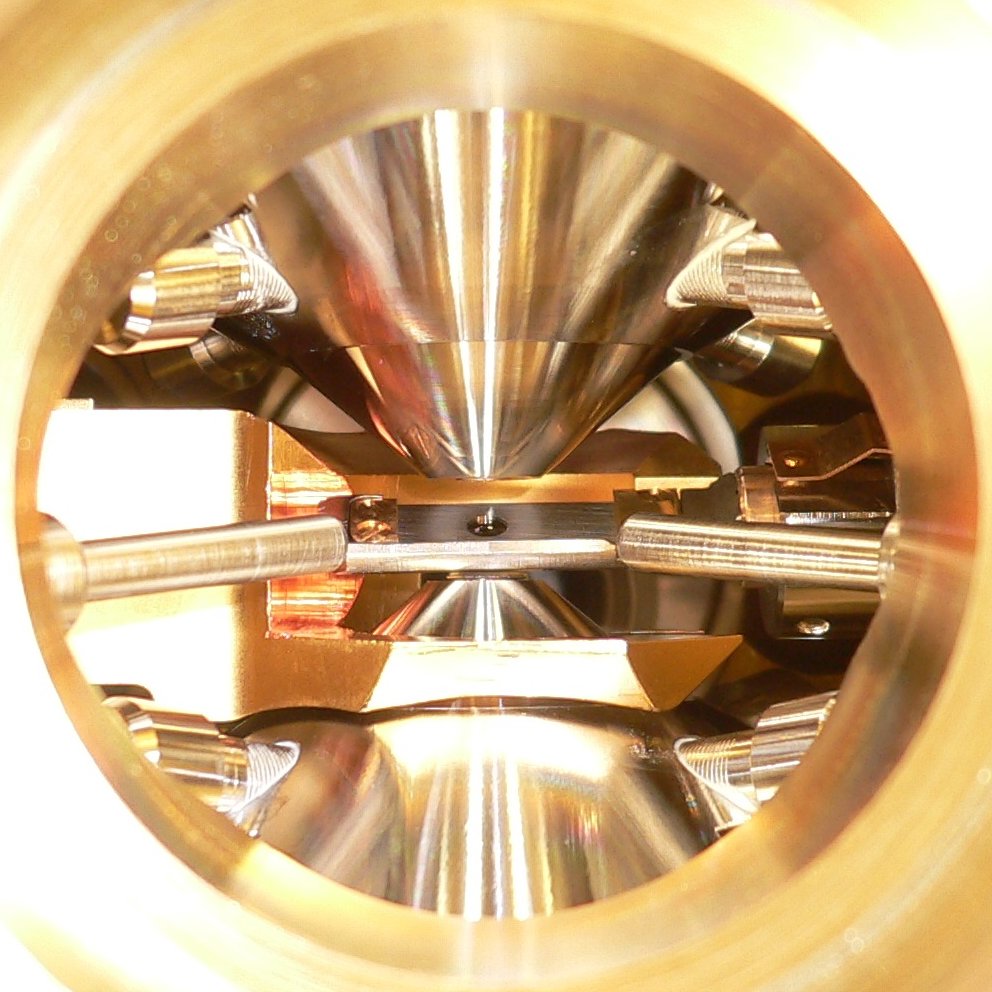 Molecular Beam Epitaxy in a TEM

PhD student positions. We are continuously seeking PhD candidates, in particular with top class degrees in Physics, Materials Science, Chemistry or Engineering. The C2N lab is very international, with students from all around the globe. We are looking for candidates that share our passion for research and successful applicants often have some research experience in semiconductor & nanomaterials fabrication/processing/characterization or related areas. Funding can be obtained from the University of Paris-Saclay, the Ministry of Education and local sources. Contact us to know more.

Post-doctoral research positions. We seek in particular top applicants with a background in advanced metrology and growth/processing of nanomaterials. Although we have funds to support some postdoctoral positions (all specific openings will be officially advertised), we often encourage applicants to apply for their own funding. There are number of fellowships available for postdoctoral research scientist such as EU Marie Curie Fellowships (International Incoming Fellowships, for applicants from outside the EU; Intra-European Fellowships, for applicants from within the EU).

Crystal phase switching between the zincblende and wurtzite structures in III-V nanowires is crucial from the fundamental viewpoint as well as for electronic and photonic applications of crystal phase heterostructures. Here, the results of in situ monitoring of self-catalysed vapour-liquid-solid growth of GaAs nanowires by molecular beam epitaxy inside a transmission electron microscope is presented. It is demonstrated that the occurrence of the zincblende or wurtzite phase in self-catalysed nanowires is determined by the sole parameter, the droplet contact angle, which can be finely tuned by changing the group III and V fluxes. The zincblende phase forms at small (< 100°) and large (> 125°) contact angles, while pure wurtzite phase is observed for intermediate contact angles. Wurtzite nanowires are restricted by vertical sidewalls, while zincblende nanowires taper or develop the truncated edge at their top. These findings are explained within a dedicated model for the surface energetics. These results give a clear route for the crystal phase control in Au-free III-V nanowires. On a more general note, in situ growth monitoring with atomic resolution and at the technological-relevant growth rates is shown to be a powerful tool for the fine-tuning of material properties at the nanoscale.
Federico Panciera, Zhaslan Baraissov, Gilles Patriarche, Vladimir G. Dubrovskii, Frank Glas, Laurent Travers, Utkur Mirsaidov, Jean-Christophe Harmand
Nano Letters, 2020
PDF Project Project Source Document

Surface crystallization of liquid Au-Si and its impact on catalysis

In situ transmission electron microscopy reveals that an atomically thin crystalline phase at the surface of liquid Au-Si is stable over an unexpectedly wide range of conditions. By measuring the surface structure as a function of droplet temperature and composition, a simple thermodynamic model is developed to explain the stability of the ordered phase. The results show that the presence of surface ordering plays a key role in the pathway by which the Au-Si eutectic solidifies, and also dramatically affects the catalytic properties of the liquid, explaining the anomalously slow growth kinetics of Si nanowires at low temperature. A strategy to control the presence of the surface phase is discussed, using it as a tool in designing strategies for nanostructure growth.
Federico Panciera, Jerry Tersoff, Andrew D Gamalski, Mark C Reuter, Dmitri Zakharov, Eric A Stach, Stephan Hofmann, Frances M Ross
Advanced Materials, 2018
PDF Video Source Document

Atomic step flow on a nanofacet

Crystal growth often proceeds by atomic step flow. When the surface area available for growth is limited, the nucleation and progression of the steps can be affected. This issue is particularly relevant to the formation of nanocrystals. We examine the case of Au-catalyzed GaAs nanowires which we grow in a transmission electron microscope. Our in situ observations show that atomic layers nucleate at the periphery of the interface between the nanowire and the catalyst droplet. From this starting location, the atomic step flows within a restricted area of hexagonal shape. At specific partial coverages, the monolayer configuration changes abruptly. A simple model based on the geometry of the system and its edge energies explains these observations. In particular, we observe an inversion of the step curvature which reveals that the effective energy per unit length of monolayer edge is much lower at the interface periphery than inside the catalyst droplet.
Jean-Christophe Harmand, Gilles Patriarche, Frank Glas, Federico Panciera, Ileana Florea, Jean-Luc Maurice, Laurent Travers, Yannick Ollivier
PRL, 2018
Project Video Source Document

Semiconductor nanowires with precisely controlled structure, and hence well-defined electronic and optical properties, can be grown by self-assembly using the vapour-liquid-solid process. The structure and chemical composition of the growing nanowire is typically determined by global parameters such as source gas pressure, gas composition and growth temperature. Here we describe a more local approach to the control of nanowire structure. We apply an electric field during growth to control nanowire diameter and growth direction. Growth experiments carried out while imaging within an in situ transmission electron microscope show that the electric field modifies growth by changing the shape, position and contact angle of the catalytic droplet. This droplet engineering can be used to modify nanowires into three dimensional structures, relevant to a range of applications, and also to measure the droplet surface tension, important for quantitative development of strategies to control nanowire growth.
Federico Panciera, Michael M Norton, Sardar B Alam, Stephan Hofmann, Kristian Mølhave, Frances M Ross
Nature Communications, 2016
PDF Project Project Video Source Document

Controlled formation of non-equilibrium crystal structures is one of the most important challenges in crystal growth. Catalytically grown nanowires are ideal systems for studying the fundamental physics of phase selection, and could lead to new electronic applications based on the engineering of crystal phases. Here we image gallium arsenide (GaAs) nanowires during growth as they switch between phases as a result of varying growth conditions. We find clear differences between the growth dynamics of the phases, including differences in interface morphology, step flow and catalyst geometry. We explain these differences, and the phase selection, using a model that relates the catalyst volume, the contact angle at the trijunction (the point at which solid, liquid and vapour meet) and the nucleation site of each new layer of GaAs. This model allows us to predict the conditions under which each phase should be observed, and use these predictions to design GaAs heterostructures. These results could apply to phase selection in other nanowire systems.
Daniel Jacobsson, Federico Panciera, Jerry Tersoff, Mark C Reuter, Sebastian Lehmann, Stephan Hofmann, Kimberly A Dick, Frances M Ross
Nature, 2016
PDF Source Document

Nanowire growth by the vapour-liquid-solid (VLS) process enables a high level of control over nanowire composition, diameter, growth direction, branching and kinking, periodic twinning, and crystal structure. The tremendous impact of VLS-grown nanowires is due to this structural versatility, generating applications ranging from solid-state lighting and single-photon sources to thermoelectric devices. Here, we show that the morphology of these nanostructures can be further tailored by using the liquid droplets that catalyse nanowire growth as a ‘mixing bowl’, in which growth materials are sequentially supplied to nucleate new phases. Growing within the liquid, these phases adopt the shape of faceted nanocrystals that are then incorporated into the nanowires by further growth. We demonstrate this concept by epitaxially incorporating metal silicide nanocrystals into Si nanowires with defect-free interfaces, and discuss how this process can be generalized to create complex nanowire-based heterostructures.
Federico Panciera, Yi-Chia Chou, Mark C Reuter, Dmitri Zakharov, Eric A Stach, Stephan Hofmann, Frances M Ross
Nature Materials, 2015
PDF Source Document